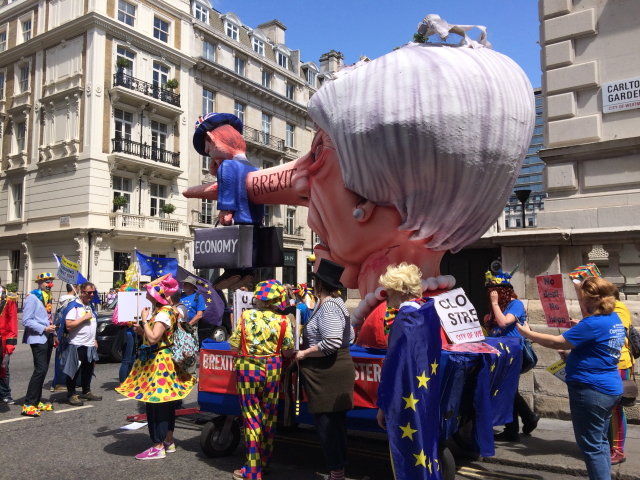 Uprooting from the Spot

From the point that Theresa May resigned, through the Tory Party Leadership race, the appointment of Boris Johnson as Prime Minister and finally the general election I have found it increasingly difficult to see any humour in Brexit, even for parody. Certainly there has been no inspiration for anything I could incorporate positively into my retirement life style, no celebration of anything great about Britain, just more and more examples of the slow decline in standards, integrity and honesty and its corrosive effect on the democratic process.

Read more: Uprooting from the Spot

I closed my gates and all my deliveries are delayed

Apple chutney. What could be more British?

Whitewashing windows to reduce the heat 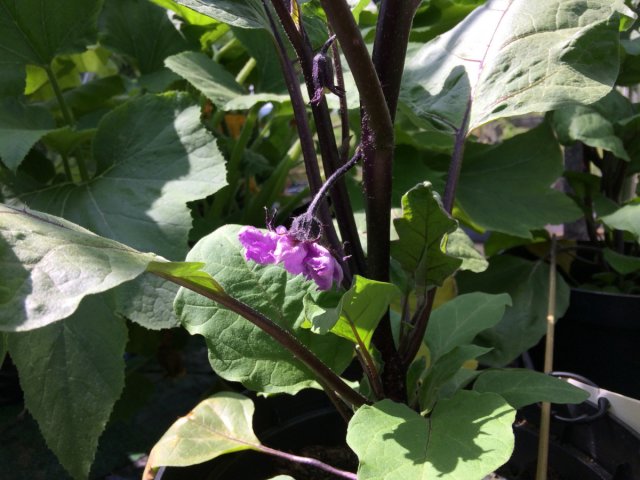 Belgian bugs to the rescue 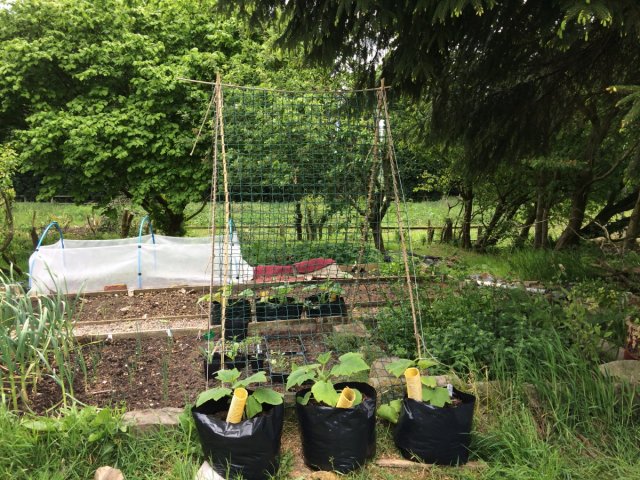 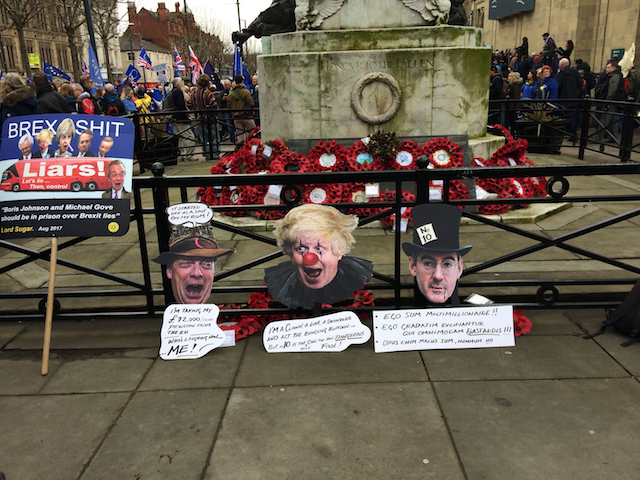 Nothing going as planned so I'm still on track 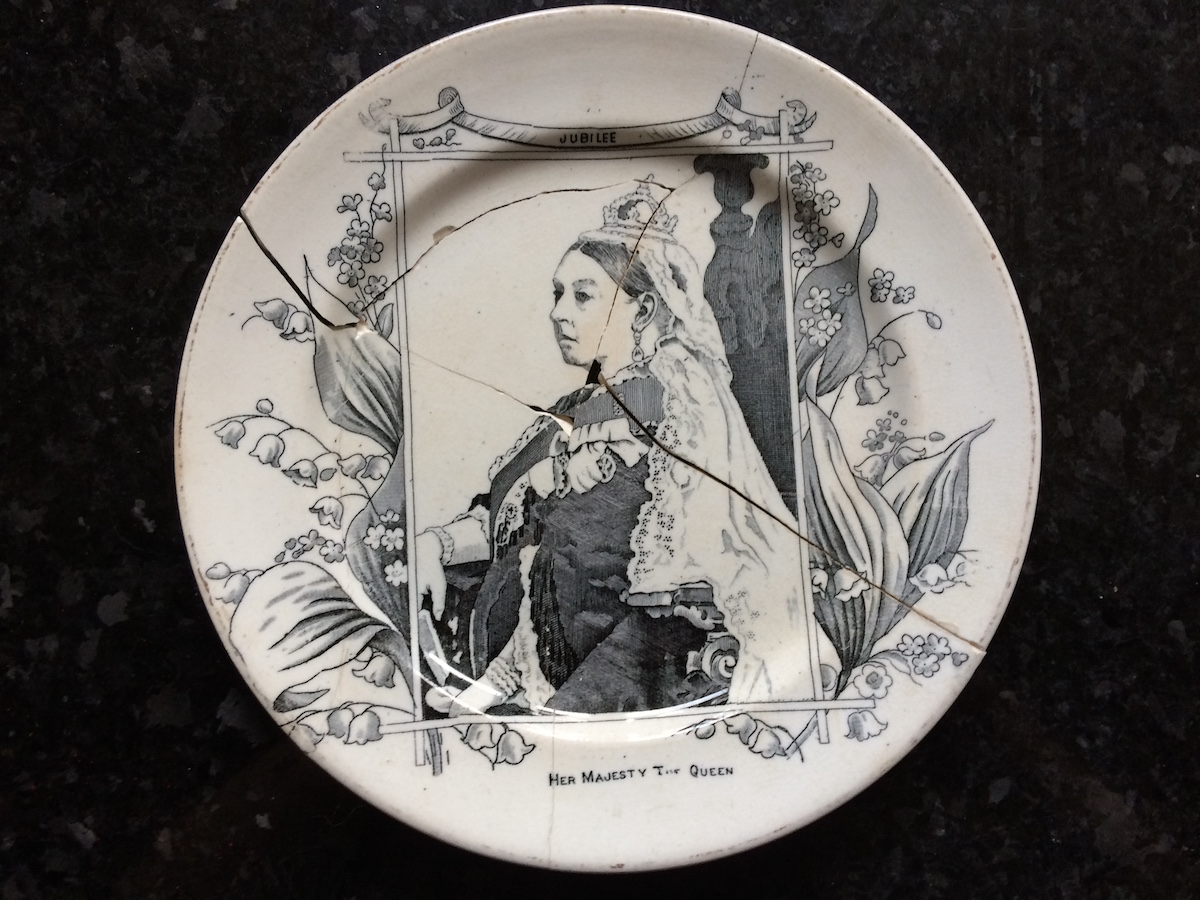 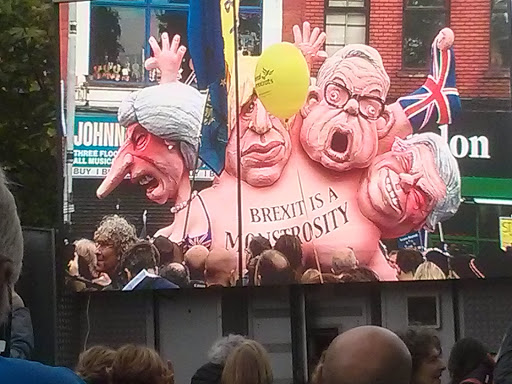 Take a leaf out of my book Mrs May and retire

What has happened to the year? October and already too dark to walk the lanes after work without a torch. But my retirement day is fast approaching, then the day light hours will be mine. It is a strange thought. Since I was five years old, apart from holidays, someone else has been determining what I spent my daytime doing.  Now 56 years later I am looking forward to owning my own time. 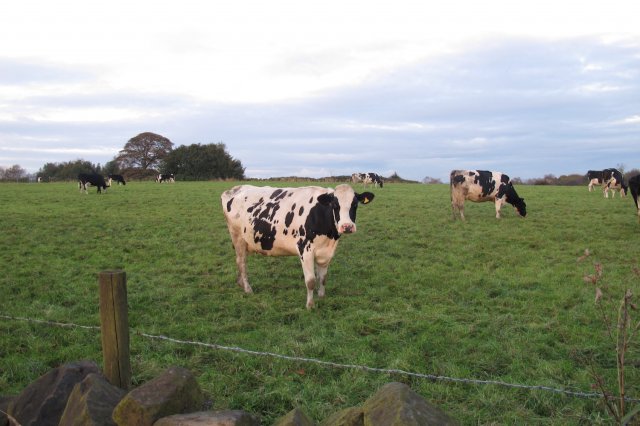 My Member of Parliament

My MP,  the Secretary of State for Digital, Culture, Media and Sport isn't really interested in me. I can tell by the way she answers my letters and emails (or doesn't as the case may be). I guess its because she's worked out that it would take a miracle beyond her power to persuade me to vote for her.

Read more: My Member of Parliament 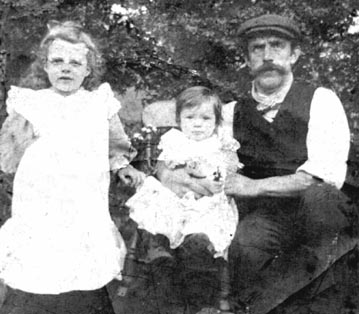 I suppose I'd better establish my claim to be here, to prove my roots to this spot. How far back do I need to go? There are some foreigners in my ancestoral line. That bastard William the Conqueror, you know, that Norman bloke who invaded a few years back and made us all start speaking French, 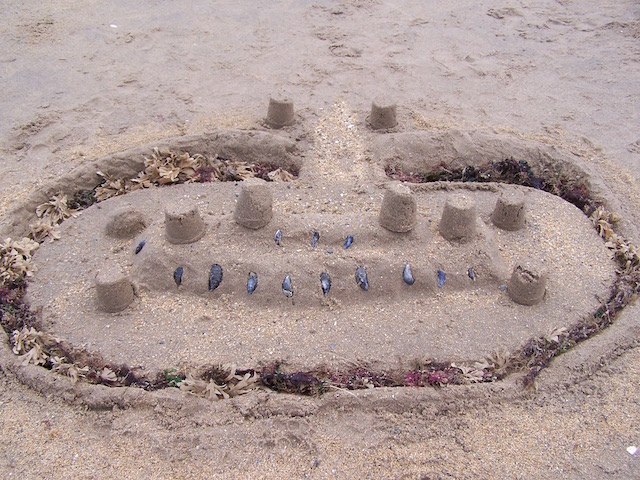 Was this the right film to start my Brexit inspired retirement?

Last night we went to the cinema for the second time in less than two months. In my retirement planning budget I have assumed we will go to see one film a month, an estimate that my daughter thinks is way over the top. Prior to our trip to see Blade Runner 2049 on 12th October the last film we saw in a cinema was, er, (and I had to look this up) I, Daniel Blake, on 30th October 2016.

Read more: Was this the right film... 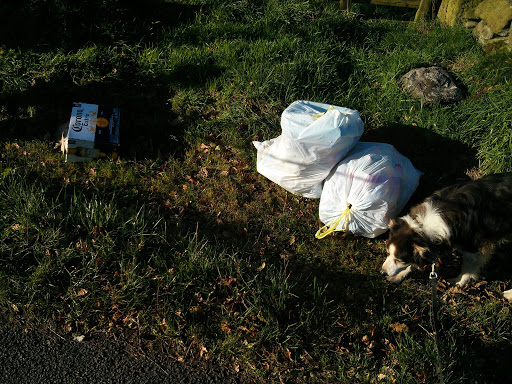 Some Brexit attitudes can make me feel better

I don't deny it. Brexiters bemoaning our fellow Europeans coming here and diluting our culture pisses me off. Sorry about the strong language but it does. Britain shares so much of its culture with the rest of Europe: music, art, language, food, philosophy. 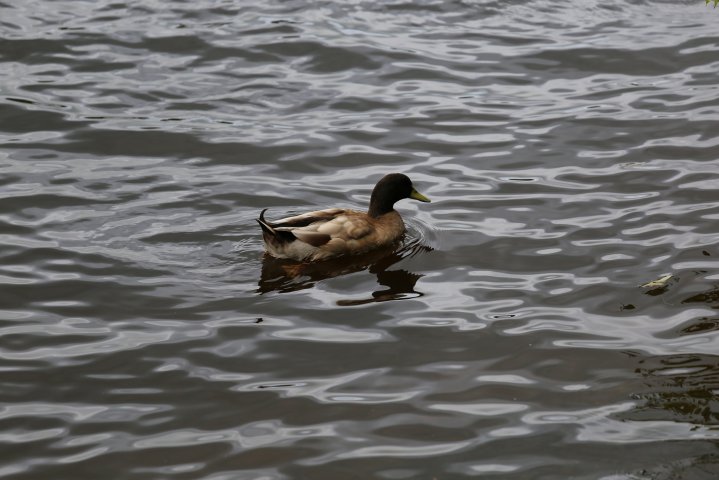 The culture of any place is shaped by and reflected in its language. The Potteries, which has lost most of its potteries, mines and major industries, a place which overwhelmingly voted for Brexit, maybe because it has been overlooked by posh speaking government and was trying to fight back, has its own lingo.

Belgian bugs to the rescue

If you've read any of my earlier blogs you may remember that I am aiming for the post-Brexit good life, digging for victory and "growing my own" here at the Sticks. You could say I'm putting down many more roots on my little spot in Staffordshire!

For patriotic reasons (haha) I am growing good old traditional British veg: parsnips (originally Eurasian), potatoes (Peru), carrots (Persian) and beans, broad (near East) and runner (Central America) -  but I can't give up that bit of post 1973 "foreign fare" I discovered when I left the Staffordshire backwaters for the urban elite life of university in, well, Birmingham in 1975: aubergine, garlic and chillis.

Read more: Belgian bugs to the... 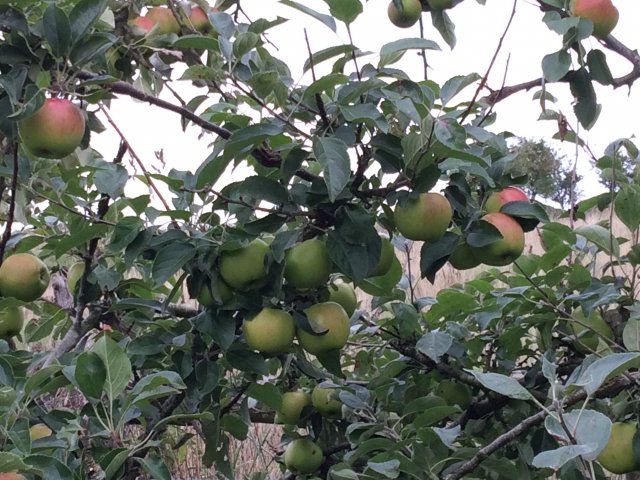 Well, who'd 'a' thought it? Mrs May and I have something in common. Last week it was reported that she scraped the mould from the top of her jam and ate the rest. Well I did that too. Just after the New Year.

One of my jars of home made apple jam had developed a thin layer of mould. All the others were still OK. It was just the one, but I'd opened it, or rather my daughter's Californian boy friend had opened it. Judging by the howl of disgust and look of bemusement I don't think they must get much mould in California. 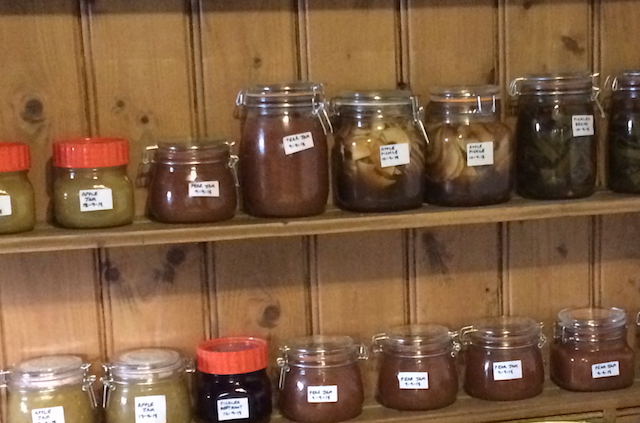 My retirement in the style of Brexit and the Brexiteers' vision of post Brexit trade have finally come together. In jam. Apple jam and pear jam to be precise. I'm not fond of jam, except occassionally spread thinly, very thinly, on toast. It has too much sugar and I like eating too much to waste calories on fruit flavoured sugar.  Two small pots will last me a year at least. The webmaster doesn't eat any jam. At that rate we've already made enough to last me for the next 40 years (without making a dent in the number of apples) but statistically I don't have 40 years left. Can I leave jam in my will? Does it keep that long? 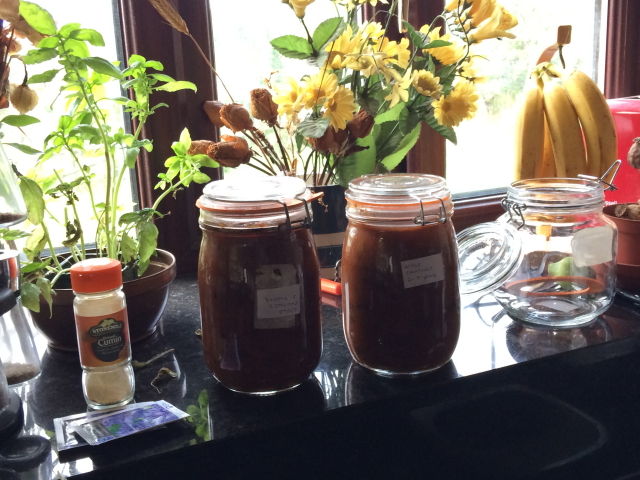 Apple chutney. What could be more British?

The kitchen at The Sticks has been busy processing its first batch of windfall apples this season. OK, so we didn't make jam, a proposed staple for our new post Brexit export economy, but our first preserve of the season has hit the jars. Apple chutney. What could be more British?

If we thought living off beans, to keep up with the cropping, was becoming tedious the volume of apples and pears is truely alarming. 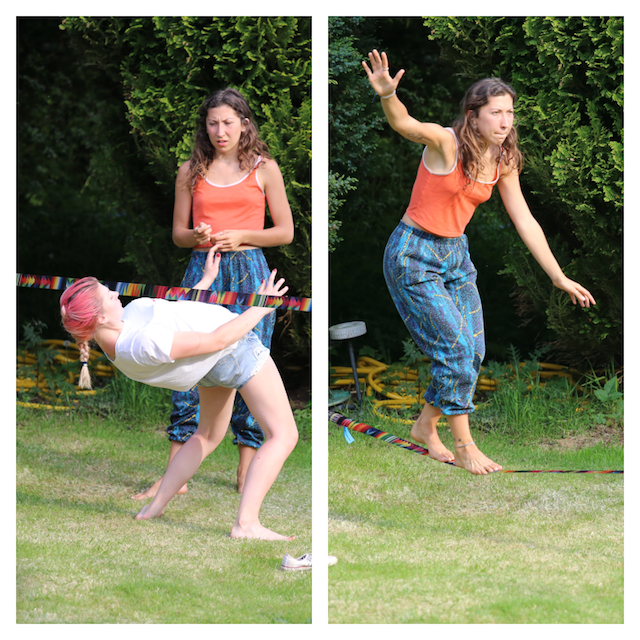 What we need is flexibility and balance

What better way to spend a sunny Saturday afternoon than reflecting the state of the nation through sport? Forget football, a restrictive team game with rules, over which we have no say, limiting the independence and personal sovereignty of our players. What we need is something with flexibility, balance and very few rules. Try slack-line walking and limbo dancing. 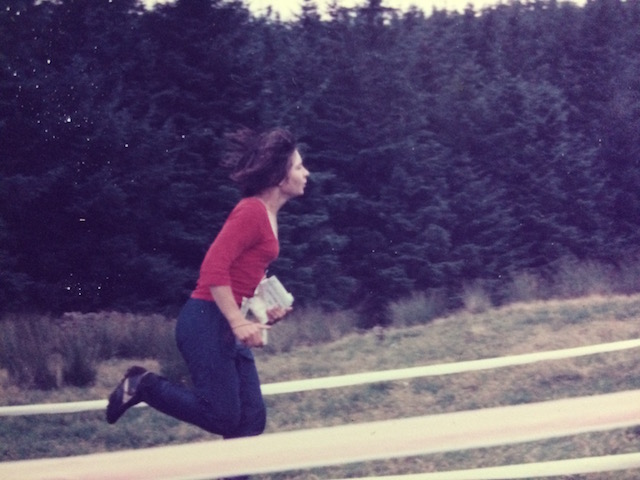 I've now been retired for a month. It's hard work this independence from work but I've already ticked several retirement projects off my list: downstairs decoration complete and Christmas cards and letters were sent on time - the first time for many years.

Read more: My new blue passport to...
On the spot

Uprooting from the Spot

From the point that Theresa May resigned, through the Tory Party Leadership race, the appointment of Boris Johnson as Prime Minister and finally the general election I have found it increasingly difficult to see any humour in Brexit, even for parody. Certainly there has been no inspiration for anything I could incorporate positively into my retirement life style, no celebration of anything great about Britain, just more and more examples of the slow decline in standards, integrity and honesty and its corrosive effect on the democratic process.

Read more: Uprooting from the Spot

Working had been getting in the way of my gardening. I really wanted to be free of work so I could do my own gardening and grow my own vegetables. No more dependence on those dictatorial supermarkets who charge what they want and decide what we should eat. What's not to like about that? Not only would I be free of supermarkets I would also save myself more than £50 a week in shopping bills.

Nothing going as planned so I'm still on track

Since my last post on Rooted to the Spot I have written several articles but they were all turned down by my editor. He said they weren't sufficiently in the style of Brexit and had little to do with my retirement. I insisted that they couldn't be altered, that retirement was retirement and if he didn't like what I'd produced the deal was off. He'd have to make do with nothing.

Read more: Nothing going as...

My retirement in the style of Brexit is falling apart, which I suppose means it isn't, because Brexit is falling apart, so I think that proves I'm still succeeding in following it. Oh, I don't know! This is getting so confusing. When it's fallen apart will I have been successful or not? Who knew this was going to be so difficult? It should have all been so easy.

On the Spot News and Events

On the Spot Weather from OpenWeatherMap