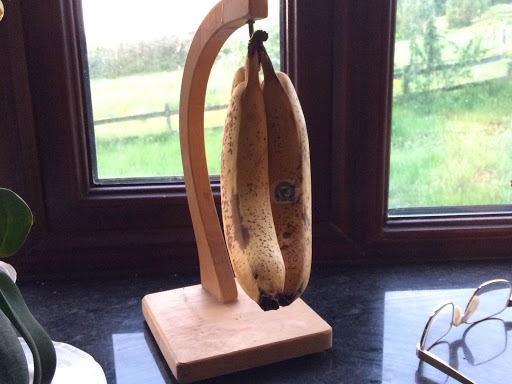 My husband is getting fed up with beans, although for now think I've calmed him down a bit, at least he is still cooking them every day. I've insisted he be patient and stop talking down the independence my retirement has brought us. I've assured him that the broad beans and runner beans we have planted will be much better than those we eat now.

Once the transition phase is over and we don't have to buy them from the supermarket the mere knowledge that we grew them under our own control, without those non-Sticks foreigners deciding how long, fat or round they have to be, it will definitely add to the flavour and culinary delight. He says they aren't the same type of beans - he cooks mung beans, black-eye beans, chick peas, pinto beans and many others, including black oyster bean - "and, anyway", he says, "we grew our own broad beans and runner beans before you retired", but I ignore him. Growing beans is definitely a benefit of retirement independence. I can spend all day and a lot more money on my bean garden now.

It's OK though: When he complains that we won't manage to grow enough beans or the slugs will eat them and they will end up costing many times more than those we buy from the supermarket, I have the perfect answer. I simply say, "I have been perfectly clear that retirement means growing our own beans and I am completely determined to grow the best possible beans". I don't tell him that I've also planted some French beans, just in case, that is my top negotiating position and I'm keeping it close to my chest for now.

To be honest it's proving a bit difficult. The supermarket says it operates across a large and diverse geography and has many millions of customers and that it has to comply with rules and honour the deals it has made with its other customers and its suppliers. It is very unreasonably refusing to change any of its processes to suit me even though I have been paying it many thousands of pounds a year. That being the case I have no other choice, I'll have to find new deals elsewhere or step up my own food production.

"But bananas don't grow in this climate", moans my husband, still complaining, "how are you going to grow bananas?"

"If all you ever do is moan and talk down our gardening skills", I say, "you'll stop our bananas from growing, and I am determined to grow the best possible bananas."